Wallace was born around 1272 and became the leader of the Scots revolt against the English and legendary figure for his beliefs and bravery. In 1297 Wallace took a band of thirty men to avenge the death of his wife Marion. It is said that the night before Wallace was seen at his wife house and the sheriff men surrounded the house but Wallace managed to escape. However his wife was taken from the house killed by the sheriff’s men. 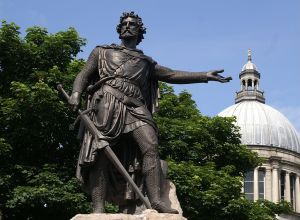 The events themselves may not be so romantic and may fit more with a film Mel Gibson may appear. It is more likely that the attack was premeditated and was in the name of John Balliol who had been stripped of his authority as king of Scotland the previous year.

Wallace continued his attacks on the English and more and more Scots joined his cause and they drove the English out of Lanark, Perth and Stirling by August 1297 then spread onto Northumberland and Cumbria.

Edward I was campaigning in France when he heard the news about the Battle of Stirling Bridge and the defeated English. He returned to England and began assembling an army to take to Scotland. On Tuesday 22 July 1298 Edward I army crushed Wallace’s forces. Wallace continue guerrilla warfare against the English until August 1299 where he went to France to seek aid in his fight. 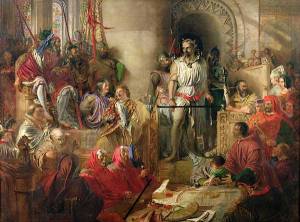 He returned to Scotland in 1303 and was made an outlaw by Edward I the following year. Wallace was betrayed and handed over to the English where in August 1305 where he was taken to the London.  His trial took place at Westminster Hall (now part of Westminster Palace) and was found guilty of treason. He was then chained to a hurdle, a piece of fencing, which was dragged through the street by two horses from Westminster to the Tower of London. The distance of about two and half miles where people were able to ridicule and throw stone and dirt, he was then taken to Smithfield via Aldgate a further three miles for continued humiliation. 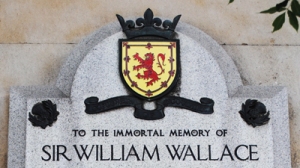 Then at Smithfield he was hanged until near death before being cut down. Then in good old medieval fashion his penis and testicles were cut off and burned in front of him. Then his stomach sliced open and his internal organ cut out and again thrown in a brazier in front of Wallace to burn. The hangman then cut open Wallace’s chest and by hand pulled out his heart. It is not recorded if his heart was still beating at the time which was the aim of a skilled hangman to achieve. Finally Wallace was decapitated and quartered with his quarters sent to Scotland and his head put on a pike on London Bridge.