There were in the region of 3,300 nuns and 256 convents during the years between 1216 and 1350. Remember the population between 1300 to 1400 was at the beginning of the century circa of 4 million falling to 2 million by the end due to the plague. Women in medieval times were categorised as: maidens, wives, nuns and widows.The status of a maiden or wife will depend on the man who supports her. A young girl will be supported by her father a wife by her husband and nuns, who is considered to be the brides of Christ, supported by the nunnery she belongs to.

A girl would become a nun in medieval England generally for the reasons it was the family’s wishes and way of gaining an education or she had a true belief and wanted to serve God.

A nun normally took her vows at the age of 16 although those of more noble birth may be younger.Wealthy women often retired to convents and paid nuns for their hospitality. They were however consider a bad influence but the cash struck nunneries were poorly funded and were unable to refuse.

Women were not considered important and nuns were to a man considered no more higher in standing. The story of Sir John Arundel emulates this vividly. Planning to sail to Brittany in the autumn of 1379, Arundel and his men took refuge in the convent when the seas were too rough to set sail . The winds changed and Arundel and his soldiers are relayed for a greater amount of time. This leads to boredom among the young men who then start drinking and teasing the nuns. The nuns as things get worse lock themselves in their rooms where the men then break in and rape the nuns several times. This then leads to looting the nunnery. The soldiers then move on to a church where a wedding is taking place and they then take the bride and each of the soldiers takes it in turns to rape her.

The winds change and they are able to sail they take the newly wed bride and a large number of  nuns on board the ship with them for their continued pleasures. Shortly after they set sail they hit bad seas again and water starts to leak into the ship and is slowly going down due to the excess cargo (the nuns and newly wed bride). The solution was to throw the no longer needed cargo overboard. Around 60 women were thrown over left to drown or eaten by the fish and sea monsters as they would have it in those days. 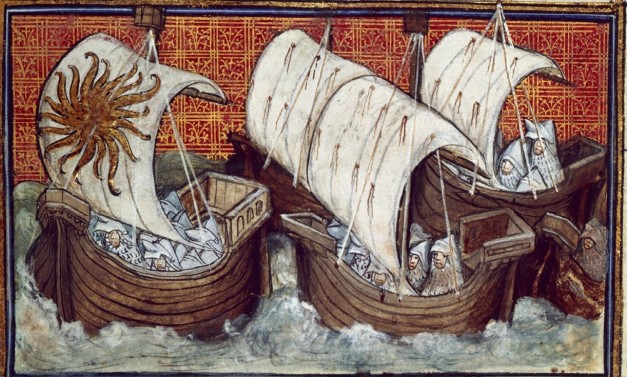 These events were recorded by the chronicler Thomas Walsingham and although not an everyday occurrence provides evidential support to the value that was put on a woman or a nun’s life.

Further recommended reading if you would like to learn more: